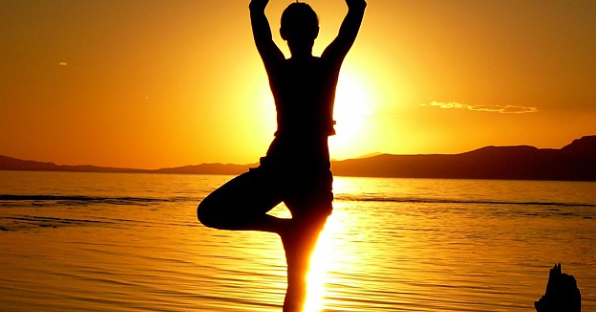 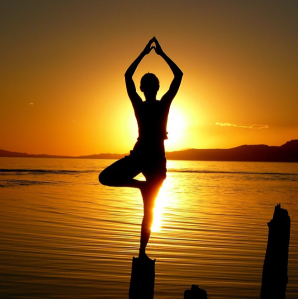 Christians against yoga has long been an established belief, I assume primarily due to the non-Christian roots of the beginnings of yoga. Even though I was raised in what many would consider a very strict, conservative home, I was never particularly taught anything against yoga.

I remember there being a sense of caution pointed in my direction when I first expressed an interest in the practice and being aware that some Christians would wonder at the it, but I never was told not to or given any specific arguments against it.

Besides the initial hesitations towards yoga I vaguely sensed in my teen years, I hadn’t thought much else of it.

Until recently, when I was spending time with a friend who was asking my opinion on the topic. Evidently I had been doing some unconscious thought about it already, because I was quick to give a response on whether Christians should do yoga.

Now before we all start freaking out to the words yes and should, let me explain my thought process.

People who believe Christians should not do yoga believe this largely because of the mystical-spiritual roots it was created in. It is largely a buddhist and hindu practice that could involve anything from showing religious discipline to joining mind, body, spirit, to connecting with the universe.

I do not think we should all become buddhist or hindu. However I think there are many aspects of the yoga practice and mediation that we Christians can utilize; even some that we should utilize.

Christians do not need to believe that if we do a yoga pose, we are at risk of losing our salvation. We don’t have to worry that meditating or clearing our minds is automatically going to allow demonic forces into it. We have the power in us that raised Jesus from the dead and overcame hell.

Now this doesn’t mean that we’re to be negligent, ignorant, or blinded. We don’t have to go full-fledge, gung-ho into everything yoga – with all of it’s philosophies and teaching. We must continue to pursue our relationship with Christ, but as long as we know we’re good in that area, we need not fear other spiritual forces. We have the strongest on our side.

Because of this, I believe it’s wrong, perhaps even sinful, to make decisions based out of fear.

For God has not given us a spirit of fear and timidity, but of power, love, and self-discipline. 2 Timothy 1:7

If your only reason for not doing yoga is because you fear allowing other supernatural forces to invade, it’s is not a good enough reason, and the real problem is probably to be found by asking why you’re afraid that the power of Jesus in you isn’t strong enough to overcome all else.

2. “Then God looked over all he had made, and he saw that it was very good!”

Then God looked over all he had made, and he saw that it was very good! Genesis 1:31 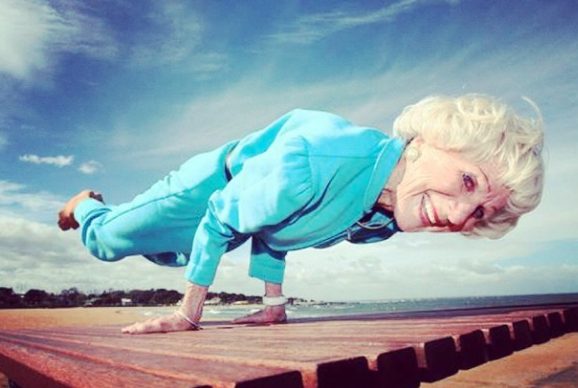 God created everything and said it was “good”.

That means everything – what we started with and the way our human bodies are created to function – God considered good.

Anything that is now not good, is nothing more than a perversion of what was created for good.

Satan is not a creator. He is clever, but not creative. No sin he has “made” is intrinsically his. He takes what God spoke into existence and distorts it into lies and evil. Even he himself was created beautiful by God and perverted Himself with pride into the enemy of God. To say anything otherwise is to give him way more credit than he deserves.

If this is true, it means anything bad or sinful can be redeemed for good; or restored to its original good.

3. “Do not be anxious about anything.”

Don’t worry about anything; instead, pray about everything. Tell God what you need, and thank him for all he has done.  Then you will experience God’s peace, which exceeds anything we can understand. His peace will guard your hearts and minds as you live in Christ Jesus. Philippians 4:6-7

Is our God not the Creator of the chemical and hormonal functions of our human bodies? Did not Jesus Himself say to be anxious for nothing, but rather praise allow room for His peace?

If I find a way my God-created body can worship Him by obeying the charge to be anxious about nothing, shouldn’t I utilize that God-given ability?

If buddhist monks discovered the way the human body can answer this charge from Jesus before Christians, does that mean it’s intrinsically evil?

God created our bodies. We answer to God. We are His agents to restore this world for Him back to its original purposes and design. We shouldn’t stifle a divinely created way to worship God with all of our strength (Mark 12:30) and allow the Holy Spirit’s fruit of self-discipline to work in us (Galatians 5:22-23) simply because non-Christians found it first.

4. “Take captive everything thought and fix them on what is true.”

And now, dear brothers and sisters, one final thing. Fix your thoughts on what is true, and honorable, and right, and pure, and lovely, and admirable. Think about things that are excellent and worthy of praise. Philippians 4:8

We demolish arguments and every pretension that sets itself up against the knowledge of God, and we take captive every thought to make it obedient to Christ. 2 Corinthians 10:5 I would suggest to you that meditation was God’s before it was yoga’s.

When I was reading through the Psalms a couple years ago, I noticed how much meditation was mentioned and figured it must be important if it’s talked about in the Bible so much. I’ve personally found meditation to not only be hugely helpful in calming any anxieties, but also in discovering truths in Scriptures and realizing how they can positively transform my life.

Keep this Book of the Law always on your lips; meditate on it day and night, so that you may be careful to do everything written in it. Then you will be prosperous and successful. Joshua 1:8

What do you think? Do you agree with these points or would you still suggest Christians should completely stay away yoga?

6 thoughts on “Should Christians Do Yoga?”