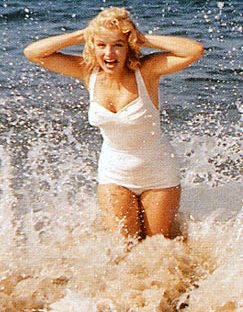 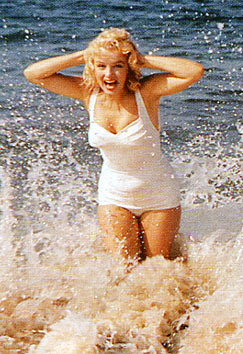 I recently heard an argument for wearing bikinis that seemed quite strong and in alignment with most of the other strong pro-bikini arguments I’ve heard. These arguments usually hinge on the idea that girls need to be taught self-confidence, develop healthy body image, and that wearing a bikinis aids in accomplishing these goals.

This idea is often supported by three key points:

While I respect the diligence and thought that was put into this argument, let me please address these points.

1. We should not give into a culture that over-sexualizes the female body!

I wholeheartedly agree with this! Over-sexualization in the western world has run rampant and caused many crimes against women and men! We need to take a stand against such a force in our society and be the start of change!

However, I don’t see how wearing bikinis does that. 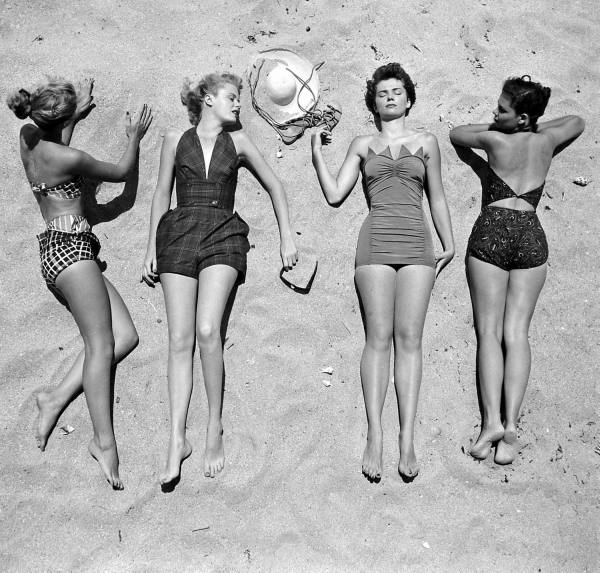 If anyone does their homework on the history of swimwear, the introduction of bikinis aligns with the third wave of feminism – when women began using their sexuality as a way to control men (not the desired type of control sought out by the first or second wave of feminism). The creator of the bikini couldn’t get a model to wear it, so he had to hire a stripper to model it for the first time. (Video Source)

Now, some would say, “Well, everything used to be more conservative than it is now.” That may be somewhat true, but other less conservative things, such as sexual immorality, have always been rampant – that is not a “liberation” that has grown less conservative overtime; rather, it’s something that has ebbed and flowed over time. Even when it was considered taboo to make sexual indiscretions, it was still happening as private sins.

Social acceptance of wearing the equivalent of a bra and panties – sometimes less – is not something that has ebbed and flowed over time. It is something directly related to western sexualization, sexual feminism, and, for the first time ever on such a level, women sexualizing themselves.

You see, I believe there used to be an innate sense of modesty in all women, until the fear of being singled out by not wearing a bikini set in. Until the desire to be desired took over. Until the vanity of having a sexualized body took over.

2. Guys should be taught to not treat girls as objects.

I hate that so many men do this simply because that’s how it is and they honestly know no difference! To me, the crime is that no one has taught them there is another way to think of women, more so than the fact that they do this – viewing women as objects.

What surprises me about this point in these arguments is that saying girls should be able to wear bikinis seems to directly conflict with this belief.

Wearing minimal clothing on an already over-sexualized body, is basically us women, all on our own, teaching guys to objectify women. It is in direct opposition to the belief that we should be teaching men to view women as people.

Further, this point also leads into the common idea that girls should be able to wear whatever they want because men need to learn self-control.

I would say that men who already struggle with self-control are not helped by women flaunting their bodies at them. Drug addicts don’t learn to avoid drugs by constantly be subject to drugs. 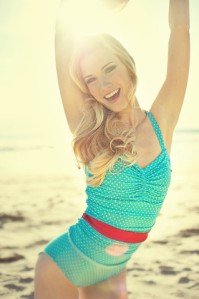 This one I can’t even say I agree with a little. Some girls who wear bikinis may be wearing them because they are confident in their body. But for these few women, it’s because they are already confident, not because it makes them confident. And confident women do not need to show off their body to feel good about themselves.

Girls showing off their body from a young age only teaches them to be confident of one body type, ashamed of any other body type, and constantly envious of that “ideal” body type. It also allows them to assume that objectifying themselves is somehow the fault of males everywhere – blame shifting. There are also many girls who wear bikinis because of insecurity in order to get attention.

I had resolved to never voice my opinion on bikinis, unless asked. And I don’t judge those who wear bikinis because they honestly think it’s the only option and innocent because they haven’t been told otherwise.

But now that I teach and work with teenage girls regularly, and now that I’m married, my passion for the showing off or covering of the female body has grown more passionate.

From the perspective of a teacher, how dare you teach my students twisted truths about their bodies, their worth, and about men?

From the perspective of a fellow woman, how dare you self-righteously point the finger to anyone but yourself?

From the perspective of a wife, how dare you show your body to my husband when not only should he only have to see me, but also should you be saving that sight only for yours?

6 thoughts on “Over-sexualization and an Argument for Bikinis”