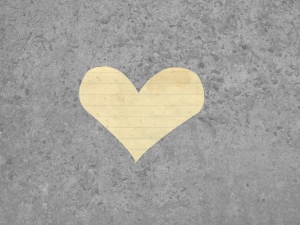 She sits in a crowd; attention always hers.

She thinks she has control, then the loneliness occurs.

What every girl wants – the desire of man –

Has always been hers, but was never her plan.

She only feels trapped by the so-called “luxury.”

She longs to be free, yet she’s in no hurry.

After all what’s the use? It will chase her again.

Hasn’t it always? This life was her chain.

Yet something still hoped, though she’d buried it deep.

She’d learned not to feel; hope required a heartbeat.

But God… oh, the precious words – He turned her around.

He melted the stone and prepared solid ground.

The pain from the years was straining and hard,

Yet all those tall walls were no match for our God.

He tore through her walls, driven by love,

With fire in His eyes and the grace of a dove.

Rage burned in His heart for the sins that had stolen

His bride from His arms, leaving her deeply broken.

He rushed to her side, tearing past all that hindered.

His blood pulsed with heat; to passion He surrendered.

This passion brought torment; He hated what’d been done.

This was His beloved! She’d been wrongly undone.

The Evil who’d done this would be set ablaze.

he’d suffer the wrath that came with Love’s gaze.

She was trembling in shock; she’d never asked for grace.

But now her heart swelled as she gazed on His face.

He softened then, and she fell to her knees.

She wept at His feet; “Forgive me” were her pleas.

He slowly reached down, His hands touched her hair.

“I’m nothing but trash,” She ached out her heart.

“I’m unworthy of You, and nothing can change.”

Her voice broke again and He knelt to the ground.

His arms held her close – She felt His heart pound.

The beat moved to hers and her heart trembled, scared.

The unknown was feared: what was coming if she dared?

But no doubt could stand – her heart’s shell was shattered.

Blood pierced through pain, leaving all her thoughts scattered.

She began to feel; numbness left its ache.

Pulsing though her veins was something none could fake.

With trembling hands, she touched His face.

“What is this feeling?” Pain was gone without a trace.

His lips curved gently as His eyes laughed with Love.

“It’s my heart for you, and it fits like a glove.

Let your heart beat for Me, and never will you fear,

Threat will be gone; I’ll keep every tear.

Don’t worry of worth, ‘cause I chose you, my love,

To Me you’re worth more than the heavens above.”

She fell to His chest and heard, again, the beat.

Now hers was in unison – She searched no retreat.

“I am Yours,” she whispered and let out a breath.

Meditation: Believe It to See It

One thought on “Yours”